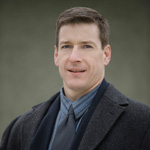 There are many stories about patients’ loyalty to their pharmacists, but have you ever heard of them naming the pharmacist’s child as a beneficiary in an insurance policy or asking the pharmacist to be their executor? Well, that is the level of patient trust that Vic’s Super Drugs and its pharmacist Kevin Hill have earned.

Vic’s Super Drugs is a community pharmacy in Edmonton that serves a diverse customer base. To those from all economic situations and all walks of life, Vic’s offers exceptional service with a personal touch. Kevin recounts some good advice he got early on. “Dr. Robert McGill was a customer for years. He was a well-liked and respected physician. One day I asked him, ‘What makes you such a good doctor?’ He replied, ‘Good doctors listen to the patient.’ I’ll always remember that. Everybody has a story. I just try to make sure I listen for it.”

Humble almost to a fault, Kevin would be the first to say that he doesn’t do anything special. However, the testimonies of many others tell a different story. One family struggling with an ailing father on multiple medications recalls that, “by his actions and willingness to help, Kevin brought clarity and confidence to the existing situation. Kevin offered solutions on how Dad could manage his drugs in a way where he was able to retain his independence.” Another relayed their gratitude for all the help they received when their young daughter was first diagnosed with asthma. Others reported occasions when Kevin opened the pharmacy after hours or on a Sunday so that they or a loved one could get their medications immediately after a hospital stay or in an emergency.

Vic’s Super Drugs also practices “good neighbour” policies. They have formed strong relationships with nearby Crestwood Apothecary and Lynnwood Drug Mart. “Mike Wolowyk [at Crestwood] and Darrell Dixon and Wes Pon [at Lynnwood] are great,” says Kevin. “If I have a question or need stock, I can always give them a call. And they can do the same with me. We don’t act as competitors. We all do better together.” Kevin says he also gets a lot from being a member of EdPharm, an Edmonton pharmacy owner’s group. He identifies his strongest support as his wife, Rachelle Johnson. A speech pathologist at the Glenrose Rehabilitation Hospital, she not only supports Kevin personally, but has also acted as a valuable professional resource when Kevin’s patients need help connecting with various therapeutic services.

Originally opened in the ’50s by Vic Harrison (hence the name), Vic’s employed Kevin Hill as a student intern in 1986 and then as an employee from 1994 to 2002. In 2002, Kevin bought the pharmacy. From 2002 until very recently, Kevin was Vic’s Super Drugs. He did home deliveries between 8:30 and 10:00 a.m., operated the pharmacy from 10:00 a.m. until 5:00 p.m., and then finished off deliveries until 7:00 p.m. He just hired a driver and a pharmacy technician to help share the work. Vic’s often hires a pharmacy student for the summer too, providing an excellent role model for quality community pharmacy practice.

The pharmacy has changed with the times. Dispensary renovations will soon be underway to make room for more staff. Vic’s has also taken advantage of technology to help better manage patient care. Kevin remembers that, as a student intern, “we did everything by hand—all the records and forms. Now we have a computer, we were one of the first to sign on to Netcare two-and-a-half years ago, and I have 18 textbooks stored on my PDA. It makes it really easy to get quick answers to patient questions.”

No matter the changes in store space or technology, the bottom line at Vic’s remains the same: it’s all about the people. “I take the time to guide patients through changes because I know what it’s like from personal experience with family members. I retain what I read in textbooks now because the afflictions have a face.”

When asked if it ever becomes too much, Kevin doesn’t even hesitate. “No. The people are so wonderful. I get a kick out of helping them. It’s not work, it’s fun! I’m constantly overwhelmed by how good they are to me.” It seems the feeling is mutual!