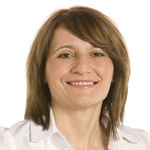 A woman suffering from the dramatic onset of menopause following surgery believed there was no relief possible for her symptoms due to contraindications related to cancer. This woman was referred to the menopause clinic for a consultation. There, she met Nese and the clinic team for a comprehensive assessment and candid discussion about her symptoms, her concerns, and her choices. That patient now tells the story of that appointment as being the most comprehensive care she ever received, and one that changed her life for the better.

The ability to have such a positive effect on another human being is truly amazing – and so is the person capable of creating such impact. Nese Yuksel is one such amazing person. Deb van Haaften, a long-time colleague, describes Nese as, “one of the pre-eminent and stellar pharmacy practitioners in Canada. She has left an indelible mark on the profession of pharmacy both in Alberta and in Canada as she has displayed very high standards in clinical practice, teaching, research and the role of the pharmacist as an advanced practitioner in the health care setting.”

In her many roles, Nese Yuksel positively impacts countless lives for the better. Through her work in women’s health, she has advanced the role of the pharmacist, promoted team-based care, and improved patients’ lives. As an educator of students, colleagues and patients, she has replaced misinformation, assumptions, and fear about women’s health issues with facts, research, and hope.

“While I knew I wanted to be a pharmacist, I didn’t go looking for women’s health,” recalls Nese. “After finishing the PharmD, I worked as a hospital pharmacist and clinical coordinator for a number of years. I was a clinical coordinator at the Grey Nuns Hospital, when the opportunity arose to work in the area of women’s health with the start of a new interdisciplinary clinic in menopause in 1998. I ended up starting as the clinical pharmacist in the Mature Women’s Clinic at the Grey Nuns Hospital, and then the Osteoporosis Clinic a year later. I would not say I had much expertise in the area when I first started, but I learnt through reading as much as I could in the area, and especially from my patients, and team members. I found that I really loved this area of practice. So much so that in 2008 I became a North American Menopause Society Certified Menopause Practitioner. I love continuing to learn and finding ways to best help our patients. I especially like working with the wonderful team members I have had the pleasure to work with over the years.

“As I always say to my students, be open to opportunities. Be reflective, figure out what’s going to make you happy and satisfied. Then figure out what you can do to enhance that.”

When asked what patients can expect from her, Nese doesn’t hesitate. “My patients will leave informed and involved in the decision making. I will work with where they’re coming from – their values, beliefs – and work to get the best option for them. I will offer them as balanced and non-judgemental a view as possible, and not be afraid to say what we do and don’t know.” It is this straightforward, authentic approach that has earned Nese such a high reputation amongst both patient and her professional colleagues.

It was no surprise then that when plans for Women’s Health Ambulatory Clinics at the Lois Hole Hospital for Women were announced, Nese was sought out as team member to join the Menopause Clinic that was being developed. She continues to practice there.

In addition to her clinical practice, Nese passes on her knowledge as an Associate Professor at the U of A Faculty of Pharmacy and Pharmaceutical Sciences. There, she is both teacher and role model for practice that exemplifies the full scope of practice in Alberta. She is also a sought-after speaker for other professionals and the public. Her almost 90 presentations around the globe on a variety of women’s health issues have been well received. Nese has become known for her ability to translate complex scientific information for a lay audience.

As a researcher, she has brought new knowledge and insights to the areas of menopause, osteoporosis and contraception. She also serves as an expert reviewer in the area of women’s health on several medical journals.

No matter the role, Nese handles them all with grace, calm, and one critical constant – excellence.