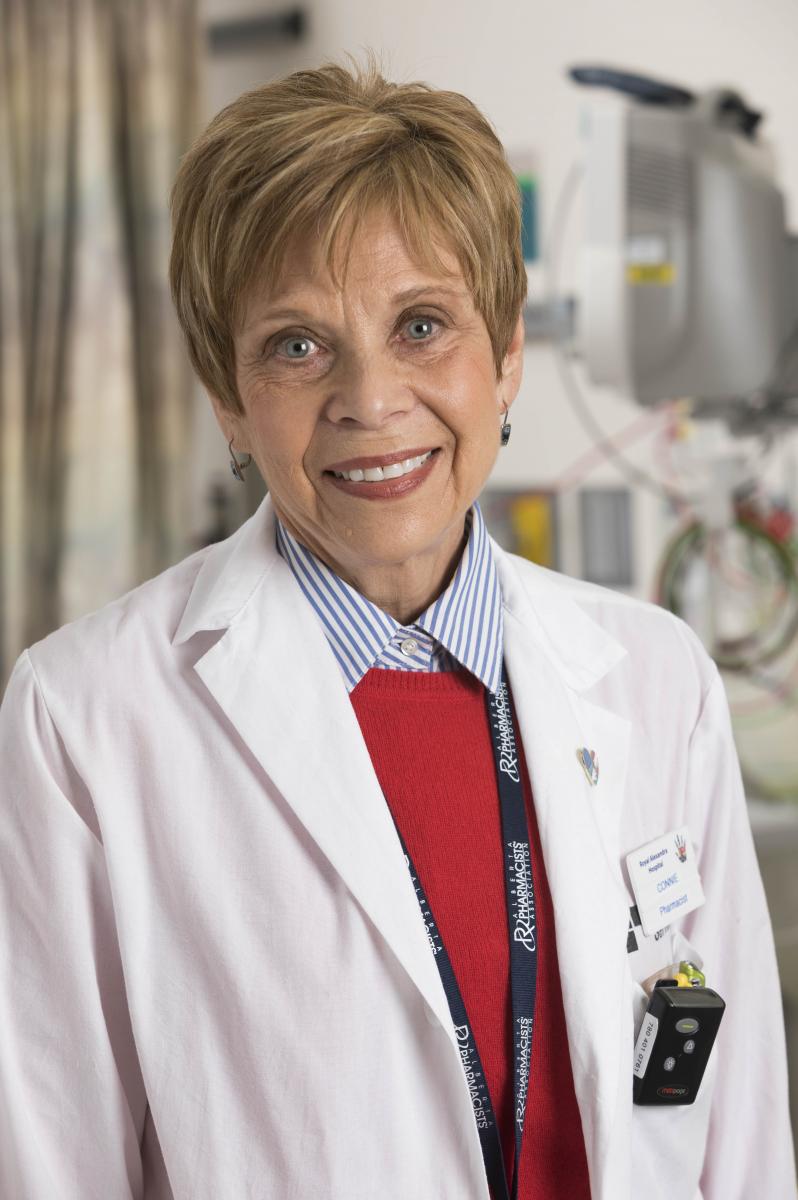 The award of excellence is awarded to a pharmacist for their exceptional work, commitment, and innovation in making a notable contribution to pharmacy and the community through a single unique accomplishment or contribution. This year's recipient is Connie Kastelan, a project pharmacist at the Royal Alexandra Hospital in Edmonton. Throughout her more than 40-year career as a pharmacist, Connie’s genuine care for both her patients and her colleagues, her compassion, and her commitment to quality pharmacy practice have inspired those around her.

One contribution that stands out for Connie's colleagues at the Royal Alexandra Hospital is her work during the Fort McMurray wildfires in 2016. Connie coordinated medications and related supplies for residents of Fort McMurray, emergency workers, and Alberta Health Services medical staff. With thousands of people evacuated, many of whom came to evacuation centres in Edmonton, Connie had to act quickly to help determine which medications were needed, where they were needed, and how to get them to there.

“Connie worked tirelessly for weeks on end to ensure the medication needs of those impacted by the wildfires were met, both in Fort McMurray and in Edmonton,” said Roberta Stasyk, Pharmacy Manager, Royal Alexandra Hospital. “One day she even delivered medications to the airport herself just to make sure they made the flight to Fort McMurray.” Roberta is a huge supporter of Connie and was one of the individuals who nominated her for the award.

“What gives me the most satisfaction is knowing that the work I do makes difference to patient care and knowing that I could make someone's day better by helping them with a problem or offering a simple hello or a smile - things like that that don't necessarily seem like professional responsibilities but they're people responsibilities,” said Connie. “I strive to do the best that I can and give my best to any work I do. It is truly humbling and affirming to be recognized with this award.”