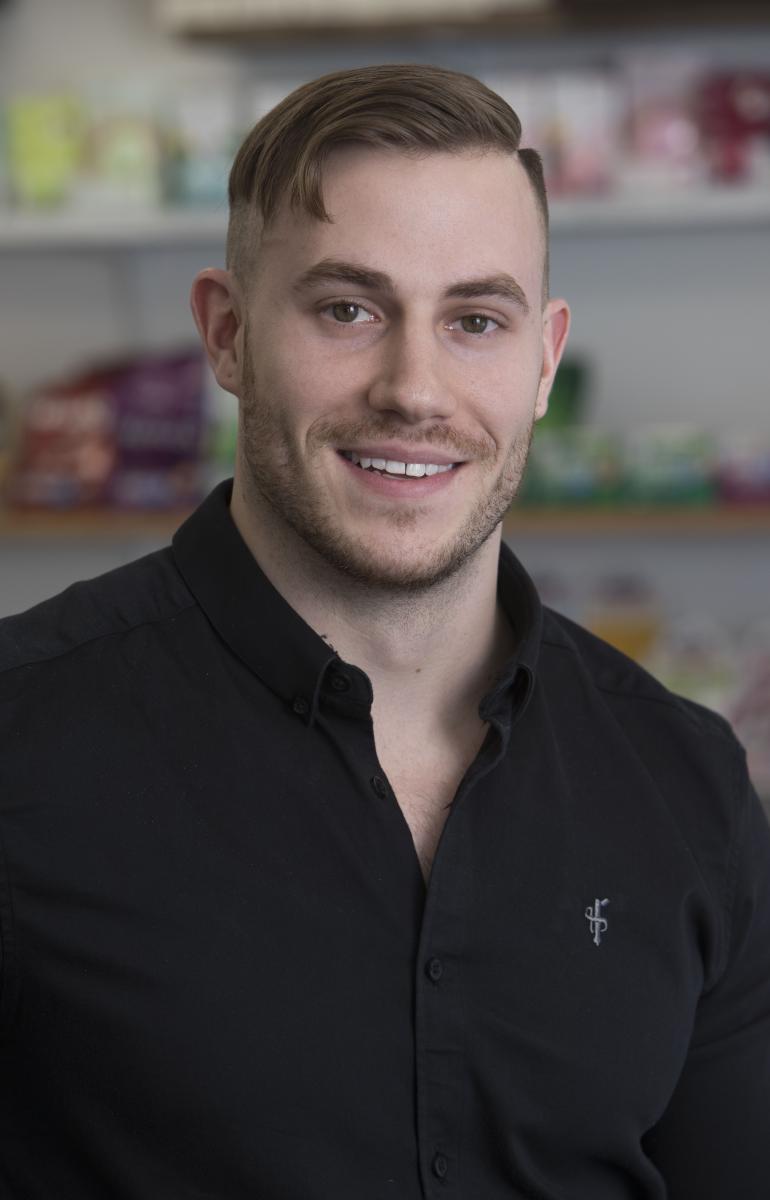 This year’s recipient, Cole Mondor, Owner and Pharmacy Manager of Mint Health + Drugs, Church Street shows that promise. Although opening your own pharmacy, only three years after graduating from of Alberta Faculty of Pharmacy is no small feat, it is Cole’s dedication and life-long commitment to working with patients that had a myriad of health complexities including addiction, mental health conditions, blood borne infections, and various other chronic disease states in Edmonton’s inner-city that shows why he is deserving of this recognition.

“It was as a pharmacy student that Cole developed his passion to help this vulnerable population and saw the opportunity to make a wide-reaching impact in the lives of these patients by thinking outside the box in terms of what a conventional pharmacist’s role was,” said Cole’s nominator and Owner of Mint Health +Drugs, Ron Wai.

As a pharmacist, Cole sees the importance of being an integral part of the community to promote the health and wellness to all residents. This is evident even from the unique location of the pharmacy which is situated within a recently restored and designated heritage building (previously the Phyllis Grocery building) and the retro interior that offers a gathering place reminiscent of the pharmacy’s and general store’s of the 40’s and 50’s.

“I honestly think that a large part of the reason why I've developed relationships with patients that I have is that it is a simple formula,” said Cole. “It's that I just tend to listen to people and take the time to hear their stories. There are so many interesting stories from patients and people in this area who have been through more than you or I could potentially imagine in many cases. It means the world to somebody just to be able to talk about that.”