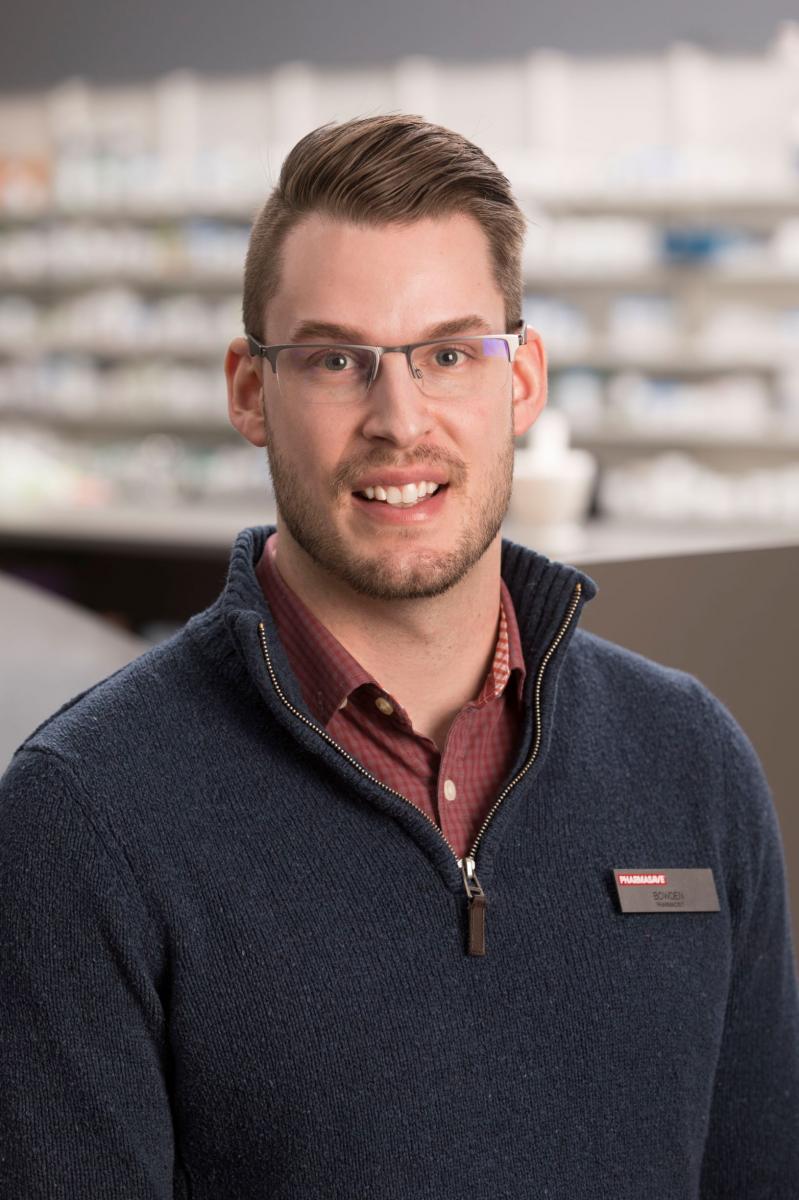 One of this year’s recipients, Bowden Sych, is a pharmacist and pharmacy owner that is dedicated to his community, profession, and patients. Since graduating from the University of Alberta’s Faculty of Pharmacy and Pharmaceutical Sciences, he has obtained his Additional Prescribing Authorization and his pharmacy has received the Rising Star Award from the Chamber of Commerce in his town. From going to the pharmacy to provide medications after hours to making house calls to provide injections and make deliveries, Bowden shows commitment to his patients.

“We take a lot of stress off the emergency room for procedures that aren’t emergencies. Anything that we can help to relieve pressure on the system, we do that,” said Bowden. “A lot of people drive for up to an hour to see a health care professional. Some of them can’t afford to take a day off work to make a doctor’s appointment during the week so we make availabilities to see these people late in the evenings, Saturdays, weekends.”

“Many patients are willing to drive long distances in order to have Bowden as their pharmacist of choice; an example of the level of care and service Bowden provides,” said Jason Chan Remillard, Regional Pharmacy Innovation Manager for Pharmasave Drugs (Western) Ltd, who co-nominated Bowden for the award. “He is a strong leader and he possess the skills and abilities to become one of the profession’s role models.”
Privacy | Site Map | Disclaimer | Contact
© 2020 Alberta College of Pharmacy (ACP). All Rights Reserved