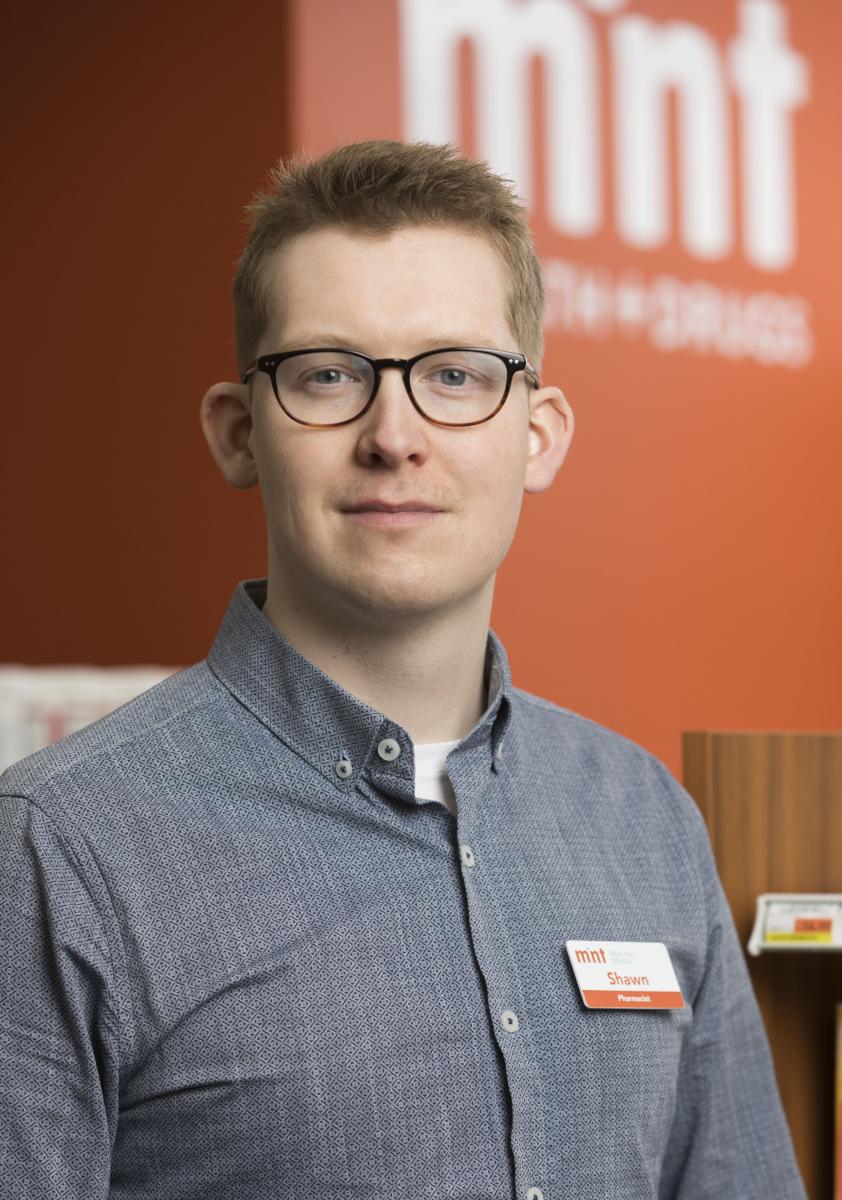 One of this year’s recipients is Shawn Knutson, a pharmacist with Mint Health + Drugs Sherwood Dispensaries working with the Robin Hood Association, an organization that provides services to adults with developmental disabilities. As the sole pharmacist working with the organization, Shawn utilizes his scope to its full potential to close gaps in care and advocates for his patients with complex needs. By proving the value of a pharmacist, he has created a role for himself on a multidisciplinary team conducting outpatient psychiatric clinics.

“I work with a very complex group of individuals, in terms of mental health and physical health, who aren’t able to advocate for themselves as patients the way that you and I could,” said Shawn. “Because of that complexity, they run the risk of falling through the cracks in the health care system. As a pharmacist, I’m working to try to prevent that.”

“Shawn has exemplified a true commitment to expanding the role of the pharmacist in Alberta. He is a compassionate and dedicated pharmacist who really advocates for his patients, which is shown through his work with the Robin Hood Association,” said Shawn’s nominator and director of Mint Health + Drugs, Kit Poon.
Privacy | Site Map | Disclaimer | Contact
© 2020 Alberta College of Pharmacy (ACP). All Rights Reserved