ACP’s new Deputy Registrar up for the challenge

Proudly displayed on the wall of Jeff Whissell’s new office at the Alberta College of Pharmacists is the bib from his first Tough Mudder—the infamous obstacle course race he completed for the first time in Whistler in 2014.

Proudly displayed on the wall of Jeff Whissell’s new office at the Alberta College of Pharmacists is the bib from his first Tough Mudder—the infamous obstacle course race he completed for the first time in Whistler in 2014.

“I was never, ever a fit or athletic person,” Jeff said. “Back in 2013, my dad did a couple of Tough Mudders in Whistler and Seattle. He was 75! I thought if he could do this stuff, so could I. After I finished my first lap, I loved it so much I went out for a second lap. I ended up running 40 kilometres that day, more than I had ever run before. From then on, I’ve been totally hooked.”

Each year, Jeff competes in as many as 20 races—triathlons, road races, trail races—and even qualified for the 2017 Obstacle Course Racing World Championships at Blue Mountain, Ontario.

While Jeff continues to challenge himself physically, he’s taking on a much different challenge as ACP’s new Deputy Registrar with the portfolio of Pharmacy Practice and Complaints. 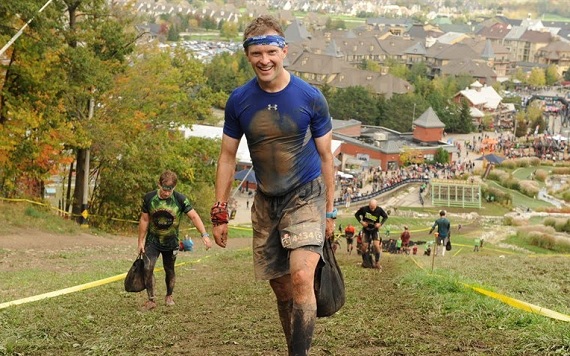 “What attracted me was the opportunity to contribute to public policy through the lens of the regulator,” said Jeff. “There’s a big piece of work to do with the standards. How can we take our standards and make them so they’re still meaningful to pharmacy professionals, but also relevant through a public lens? That will be exciting.”

A graduate from the University of Alberta in 1998, Jeff spent the last seven and a half years as Director of Pharmacy Practice for the Alberta Pharmacists’ Association, helping build out the role of the pharmacist in light of the expanded scope of practice—a scope he helped usher in as President of ACP Council in 2006-07. Looking back, Jeff said it was a stressful and uncertain time.

“We were working, for the first time, with organizations we now consider partners,” he said. “We had never met with CPSA. We had never met with AMA. We had never met with CARNA. Greg Eberhart and I had the first meeting ever between all parties in one room. I remember how effective our council team was, coming together and working in a common direction. It was the best time to be involved because we had this thing that had never been done. If you had asked me in 1998, would I ever think I would be prescribing drugs, administering drugs by injection, having regulated pharmacy technicians, ordering lab tests, I wouldn’t have imagined it. Now, if you look at a new graduate, when they come out of school, they’ll never know a world where you can’t do all of that.”

Jeff is proud of the work he and his council colleagues achieved and believes the profession has benefitted from it.

“It’s a journey,” he said. “Not everyone is there yet. Some people are going through that journey faster than others. But it’s given them the opportunity to change the way they practice. It’s given opportunities to push boundaries. And it’s changed the culture of the profession. They now have greater responsibility. And society expects them to fulfill their expectations.”

Ultimately, Jeff would like to see the scope of practice Alberta pharmacists enjoy expanded across the country.

“We need to continue to showcase what we’ve done in Alberta,” said Jeff. “We need to measure and understand the successes we’re having. And we need to understand what the public thinks and if they’ve derived some benefit. Although we’ve come a long way, we still have a long way to go as a profession, globally. It would be nice if a pharmacist is a pharmacist, no matter where you are in Canada.”

Despite what obstacles may exist, those are challenges Jeff is ready to take on.