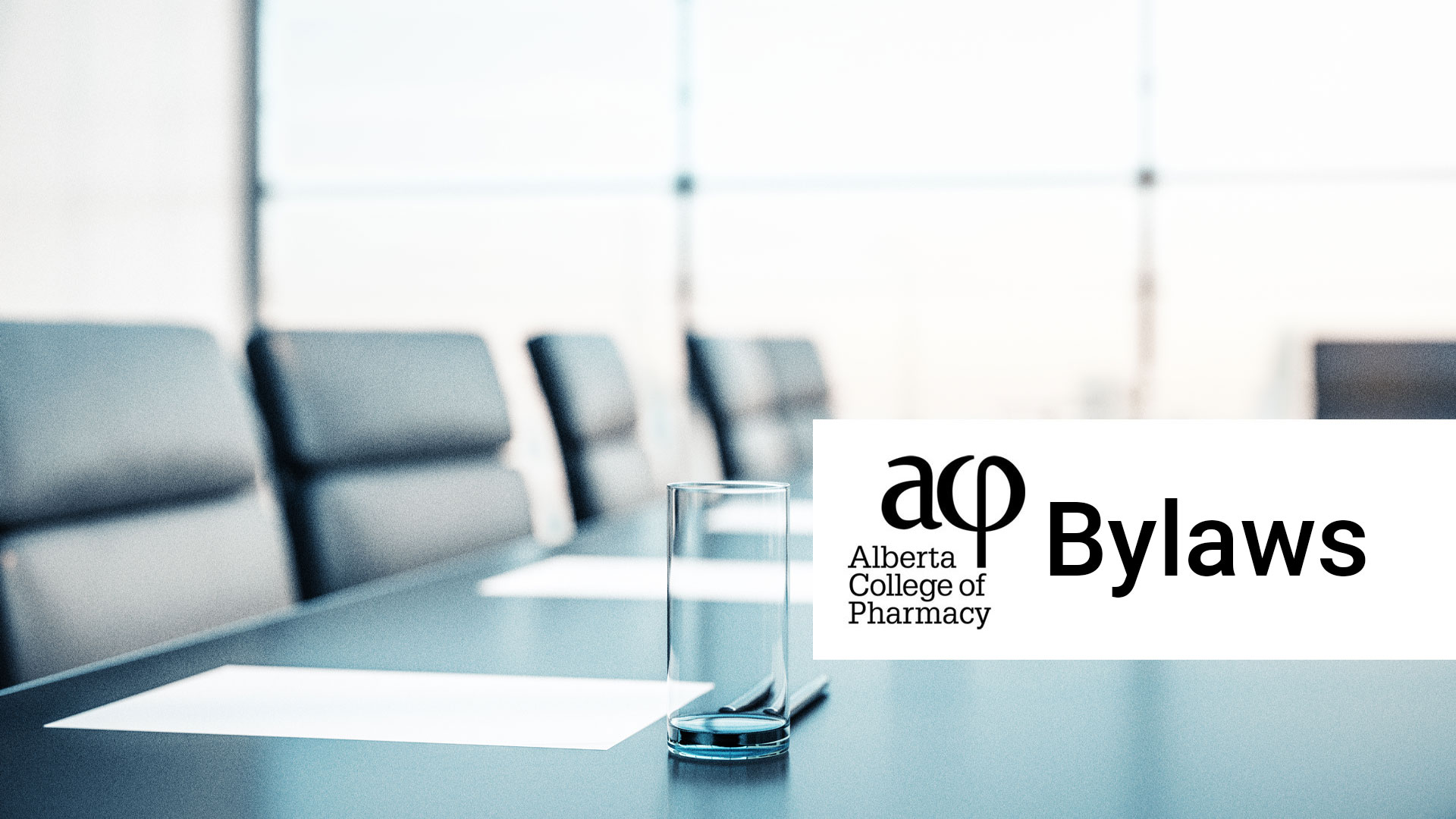 Council to be made up of seven pharmacy professionals and seven public members.

Proposed amendments to the bylaws were approved by Council, after having reviewed comments and feedback received from regulated members during a 60-day consultation period. This means that as of April 1, 2021, Council will include seven elected pharmacy professionals (five pharmacists and two pharmacy technicians) and seven public members appointed by the Minister of Health.

While many respondents expressed concern about the amendments to the Act requiring an increase in the proportion of public members on Council, most supported the bylaw changes proposed by ACP. Several commented about the increased role of the nominating committee. One comment suggested that Council should rescind the concept of Council districts.

The amended role of the nominating committee is similar to that used in other organizations (public and private). It provides a means to identify candidates clearly committed to the mandate of the college, while respecting the right to vote. Conceptually, this is like processes being considered by the Saskatchewan College of Pharmacy Professionals. In British Columbia, public policy has been proposed to repeal all voting privileges, leaving the appointment of all Council members to the Minister.

The possibility of further changes to the Council districts was not feasible within the short timeframe available for meeting the new legislated requirements. Council may readdress this in the future; however, success will depend on an effective transition strategy to not disrupt the succession of Council business. This may be more feasible sometime in the future after new public members have been fully incorporated on Council.

Dates for coming into effect

Amendment to s60 and schedule A of the bylaws comes into effect January 1, 2021. It changes the effective date for fees approved by Council to be January 1 to December 31 of each calendar year. This aligns the fee schedule with the fiscal year of the college. This means that a new fee for pro-rated clinical pharmacist comes into effect January 1, 2021. It also means that any changes in fees for pharmacy technician annual permit renewal come into effect on January 1, 2022, as annual permit renewal for pharmacy technicians for 2021 is well underway.

Other amendments addressing the structure of the Council, and the nomination and election processes come into effect on February 1, 2021. This means that the existing elected positions to Council in District 3 (Edmonton) and District 5 (Calgary) that were to be up for election this spring will be rescinded as of April 1, 2021. Elections for these two positions will not be held as previously required.

Council approved new Terms of Reference for the Nominating Committee. Prior to the beginning of February, Council will consider criteria and processes for the selection and nomination of Council members. Instrumental to Council’s deliberations will be ACP’s core values: Integrity, Respect, Transparency, and Accountability. The new nominating committee will begin its work thereafter, to support the spring 2021 elections.

Elections will be held for the two pharmacy technician positions on Council. The election in District A (northern Alberta, will be for a three-year term; while the election in District B (southern Alberta) will be for a two-year term. These elections will occur under the amended bylaws that come into effect February 1, 2021.
￩ Previous ArticleNext Article ￫