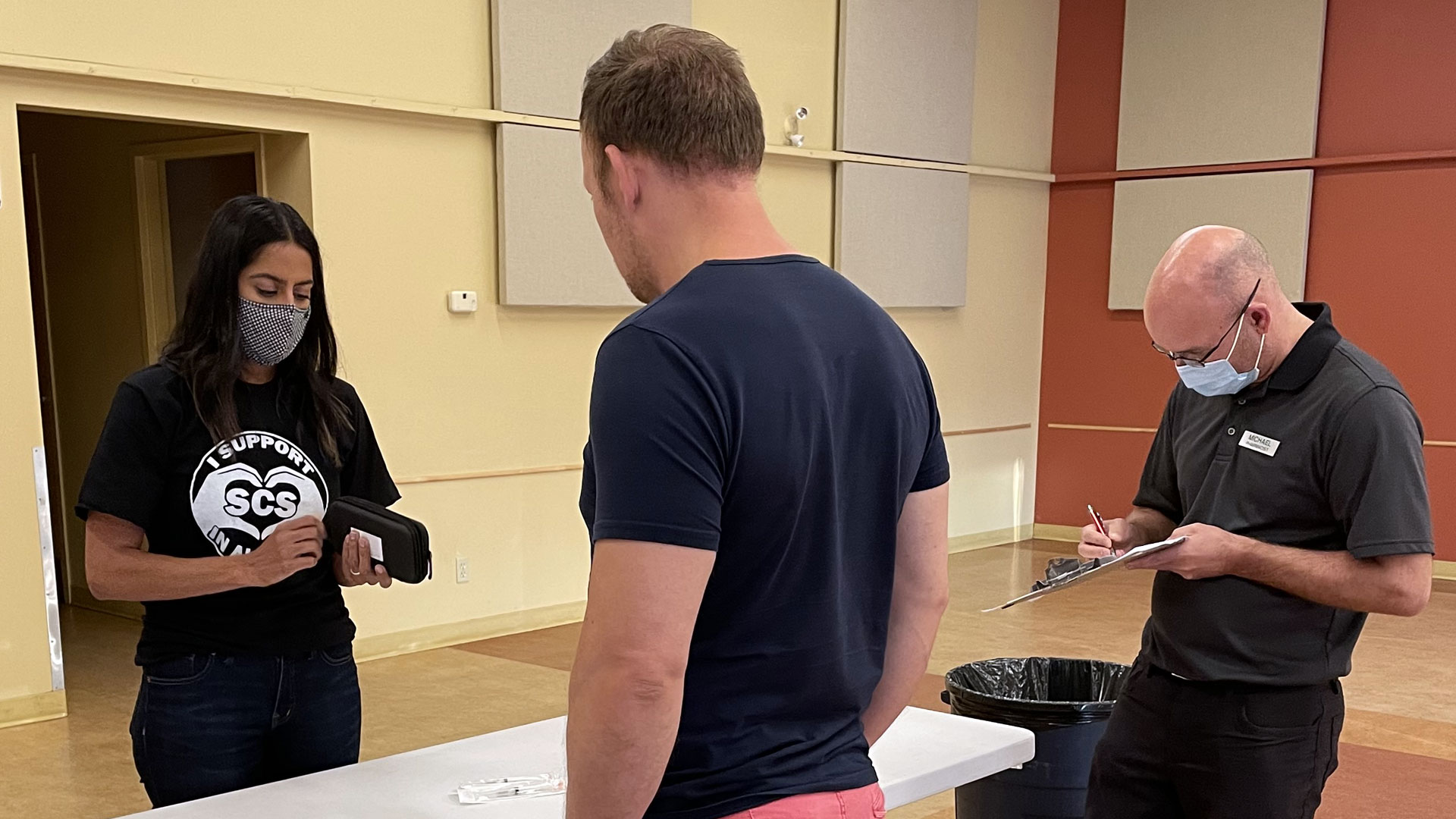 Every day at work in an Edmonton emergency department, Dr. Shazma Mithani treats patients with opioid poisoning. She has noticed a rapid increase in opioid poisonings in her ER this past year, but more so in the last several months.

"The opioid crisis is one of the biggest threats to lives right now in Alberta," said Shazma. "In 2020, and now so far in 2021, the number of people who have died from opioid poisoning has exceeded those of COVID deaths. Unfortunately, it's a pandemic that's been happening for years, but it's not talked about enough."

Shazma lives in the west Edmonton community of Crestwood, seemingly far removed from the challenges of living on downtown streets. Still, she wanted to get her community talking about the crisis, so she organized an information session on how to administer naloxone.

With the help of the Crestwood Community League, she found space for an information session, then reached out to a local pharmacy, Crestwood Apothecary, to join.

"I thought the event would be great to get the word out and hopefully create awareness and ease the stigma, that's the biggest thing," said Michael Rees, pharmacist with the Crestwood Apothecary.

In order to distribute naloxone kits outside a pharmacy, event organizers contacted Streetworks, Edmonton's Harm Reduction and needle exchange program. Streetworks has an agreement with Alberta Health that allows them to be a mobile dispensary of naloxone kits. Patrick Black is the Overdose Prevention Supervisor with Streetworks and has been doing naloxone information sessions for five years for organizations, businesses, and community leagues in Edmonton.

He co-hosted the drop-in session with Shazma and Michael. Patrick brought special kits for practising – participants could hold the syringes and simulate an injection to help them become familiar with the process. The event was deemed a success by organizers.

"It opened my eyes that there is an awareness about the issue and a lot of people were concerned enough to come to the talk," said Michael. "Hopefully they tell their friends that they can come to a pharmacy, and we'll teach them how to use a kit and hopefully save more lives."

An important piece of the training is to make people aware that opioid overdoses can happen anywhere.

"Often, we in the middle class/upper class think that it is a homeless issue or it’s lower income groups more highly affected by this issue,” said Patrick. "But it’s actually across the whole socio-economic spectrum."

The session was an example of how pharmacy teams can work with their community to create awareness about a health issue and educate the public. Michael wouldn't hesitate to hold another one. Shazma said the session was well worth it to arm people with the knowledge to potentially save a life.

"I would encourage community pharmacists and community leagues to take this on," said Shazma. "It was well received and if anything, it showed me that communities want this, there is a need, and there's an interest."

If you’re interested in engaging your community with a naloxone kit awareness and training session, reach out to Patrick through Streetworks. He can also help connect those outside Edmonton with a local harm reduction organization.