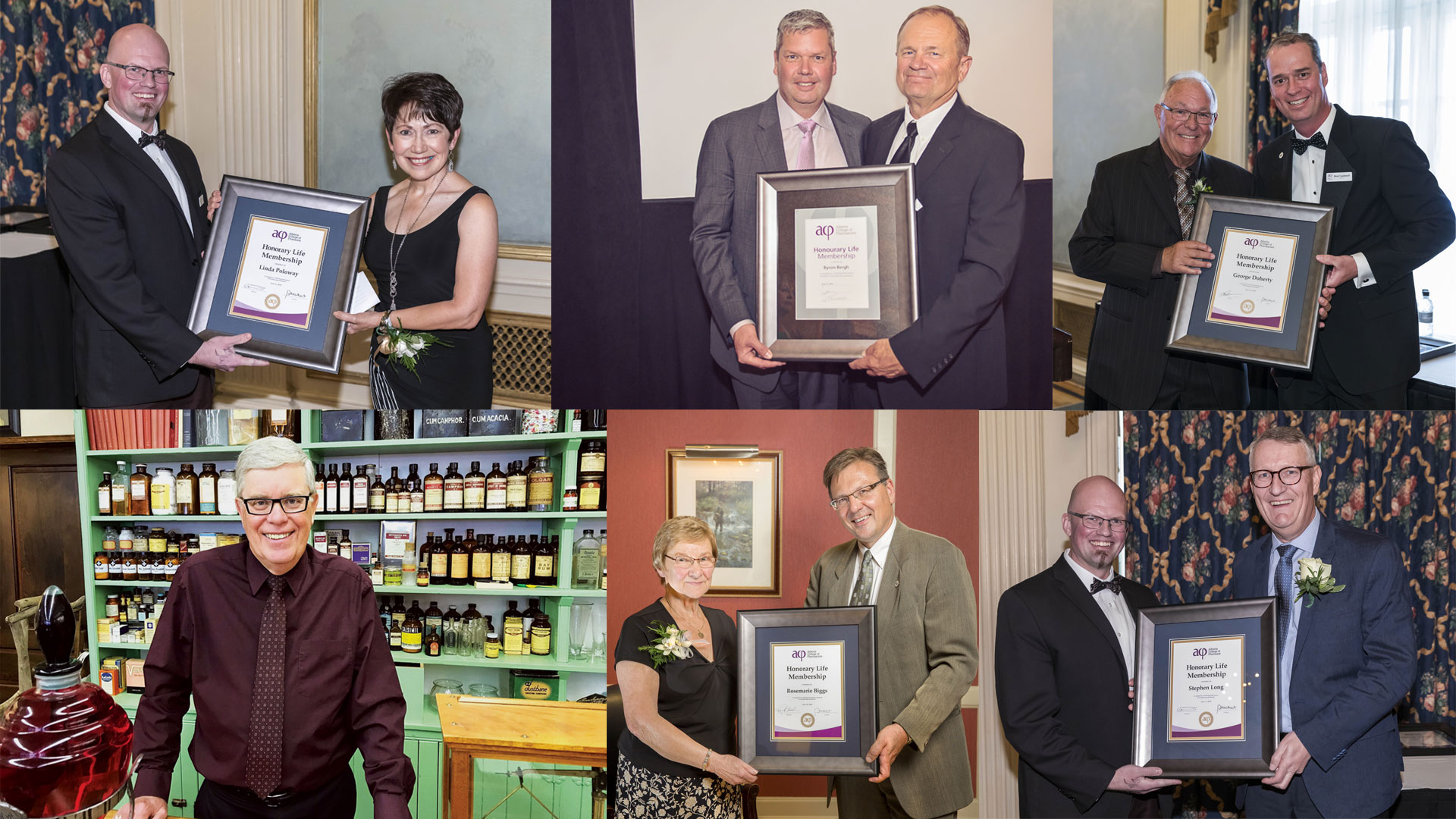 Nominate a colleague for their distinguished service to the profession.

The Honorary Life Membership award is the most prestigious award the Alberta College of Pharmacy can bestow on a past, or present, regulated member.

Council considers distinguished service to be long-term service to the profession, providing leadership, and advancing pharmacy and healthcare in the community.

Recent recipients of the award have been overwhelmed simply by being nominated, let alone winning the award.

“When I learned that Council of the college had bestowed this honour on me, it was just an overwhelming honour and surprise,” said Linda. “I never expected it.”

Linda was instrumental in developing the strategic direction that resulted in the former Alberta Pharmaceutical Association becoming two new organizations: the Alberta College of Pharmcy (ACP) and the Alberta Pharmacists Association (RxA). She also jointly chaired the committee that devleoped the role statements for pharmacists in the Health Professions Act. She went on to have a successful career focused on patient safety with several organizations.

Retired pharmacist Mike Bain was recognized in 2017 for not only his distinguished career in serving the community of Castor, but for creating and curating the Castor Pharmacy Museum. The museum is in the town’s original pharmacy and includes artifacts dating back to the 1800s.

“Winning the award was just a complete shock to me,” said Mike. “While I have a lot of pride in what I do here, I didn’t feel it was maybe as important and you wonder if people recognized the effort that you put into it. I was overwhelmed.”

If you have someone in mind, they must have made a significant contribution to pharmacy over an extended period, must be a member in good standing with ACP, and not currently serving on Council.

For more information, visit the ACP Awards page on the ACP website, or email executiveassistant@abpharmacy.ca.

*Deadline originally published in this article was removed via edit on Wednesday, March 4, 2020.