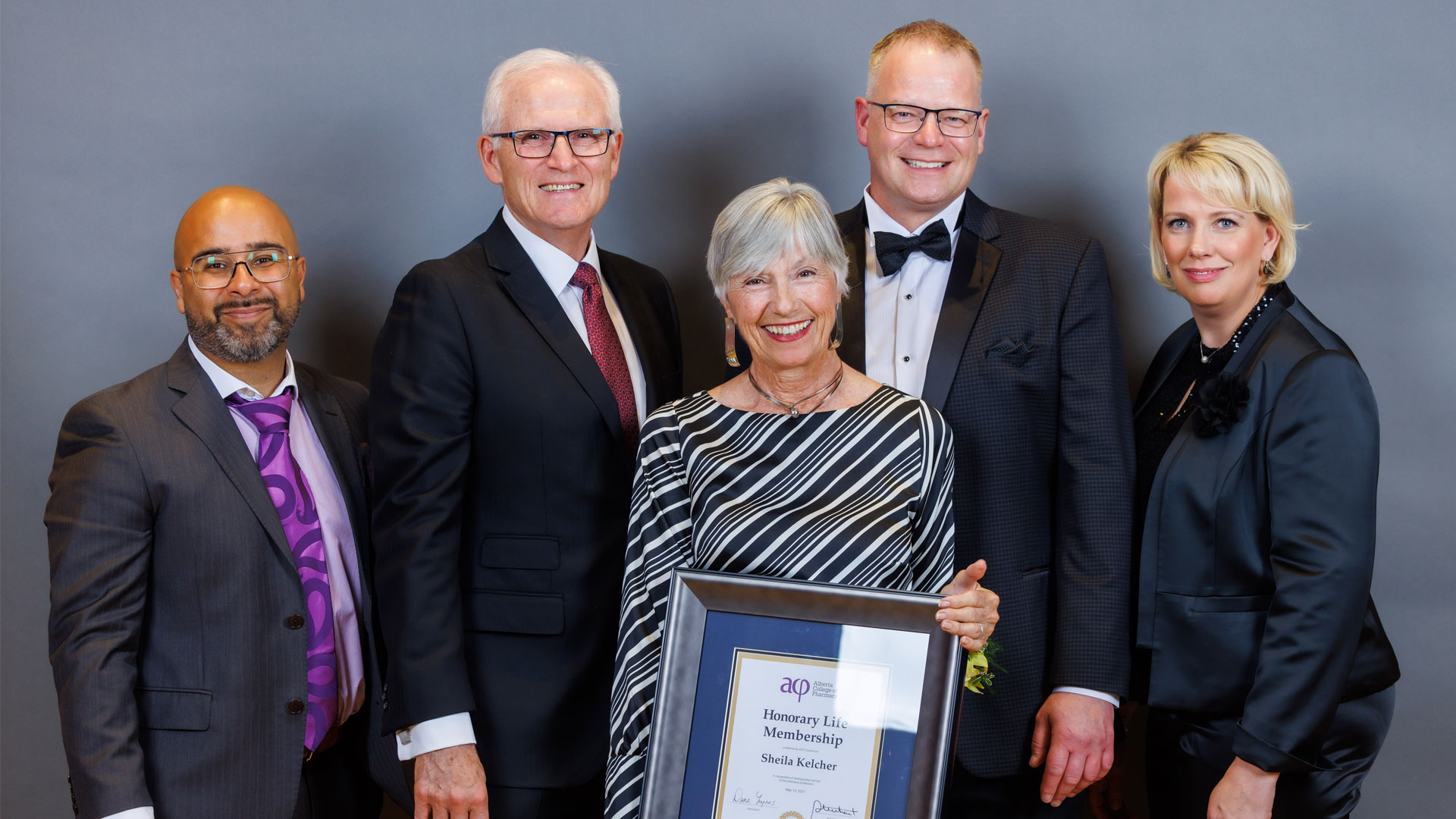 The awards will be presented at the college’s Celebration of Leadership in June 2023.

Regulated members and members of the public are encouraged to submit nominations to ACP for the college’s Honorary Life Membership and Honorary Membership awards.

The Honorary Life Membership award is the most prestigious recognition the college can bestow upon a current or former regulated member who, in the opinion of Council, has rendered distinguished service to the practice of pharmacists and/or pharmacy technicians. Distinguished service is defined as long-term service to

Sheila, a former community pharmacist and University of Alberta faculty member, played a key role in developing a patient-care focus curriculum at the Faculty of Pharmacy and Pharmaceutical Sciences, served on the Pharmacy Examining Board of Canada, and established a scholarship for the next generation of pharmacists.

“I honestly was so surprised, and I had no idea ever that this would be an award coming my way,” said Sheila. “I got thinking about my pharmacy career, which was quite a long one and varied, and I realized I had many opportunities along the way to do some special things for the profession, so I guess that’s why it all worked out.” 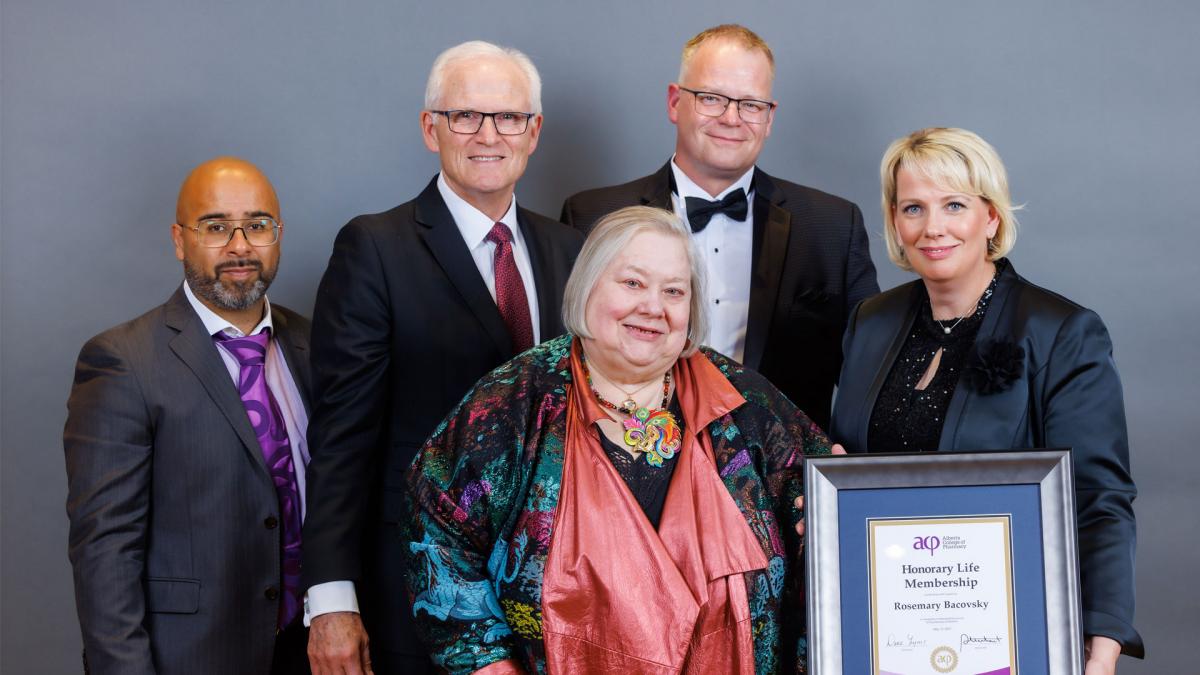 Rosemary served as president of the Canadian Society of Hospital Pharmacists (both provincially and nationally), was a Council member with the Alberta Pharmaceutical Association, and was one of the earliest advocates for pharmacist prescribing.

“My vision was pharmacists taking a proactive role in drug therapy management and with independent prescribing privileges,” said Rosemary.

The Honorary Membership award is the college’s most prestigious recognition of an individual who has never been a regulated member and has, in the opinion of Council, rendered distinguished service (as defined above) to the practice of pharmacists and/or pharmacy technicians.

In 2021, Joan Pitfield and Lynn Paulitsch were awarded Honorary Memberships.

Joan served as a public member of Council from 2005 to 2011. Her contributions from a public perspective were instrumental during ACP’s development of the Standards of Practice for Pharmacists and Pharmacy Technicians and the Code of Ethics.

“Joan inspired me. She worked hard, using her expertise in law and her involvement in the community to advocate for Albertans,” said nominator and fellow public member Pat Matusko. “She always brought her vigour and her empathy to the table.”

“It was a real time of building, building our own team, and a time of divesting ourselves from the association. It took us and RxA a few years to figure out each other’s clear roles,” said Lynn of her early days with the college. “It was an exciting time to begin something new.”

For more details on the awards and how to nominate an individual, visit the ACP Awards page of the ACP website.