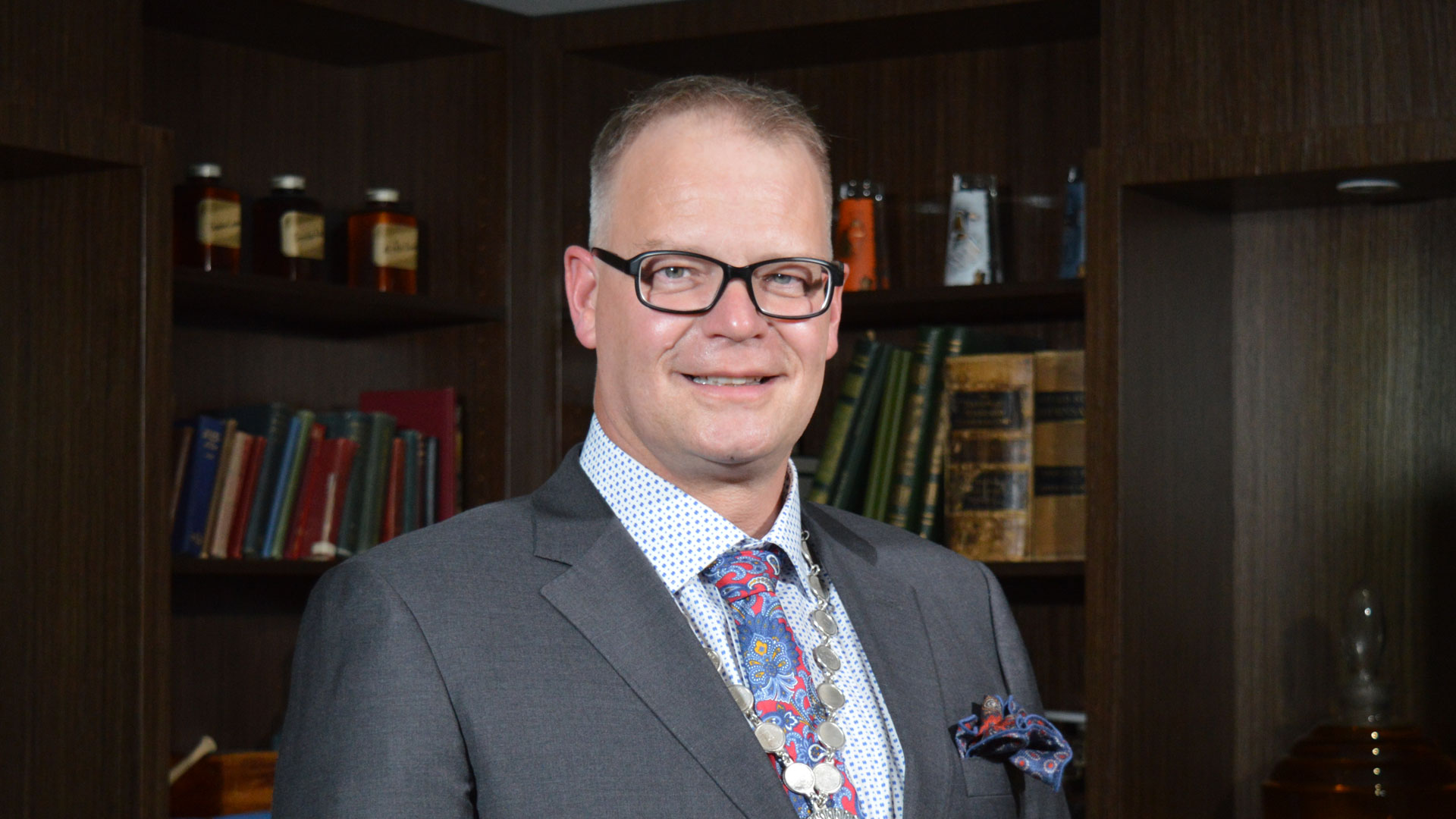 Engagement with registrants and strategic plan implementation are his main priorities.

Peter Macek’s passion for pharmacy practice from the moment he graduated from the University of Alberta and started his career in a community pharmacy in northern British Columbia.

“We were the only pharmacy for 100 kilometres,” said Peter. “The practice there really cemented for me the value of what a pharmacist can do for a community. The doctors are around when they can be, of course, but we were kind of it. The excitement of helping solve issues for patients and making their health better has never gone away. To this day, I try to make sure every decision I make benefits the patient at the end of the line.”

Peter has spent most of his career in Alberta and practised in the community up until 2013 when he started with Alberta Health Services. He practised as a pharmacist in the correctional system at the Edmonton Remand Centre for three years and transitioned to a blended role as clinical practice leader, supporting pharmacists and working in his own practice. Now, Peter is the pharmacy manager for several suburban-Edmonton hospitals, ensuring clinical practice is supported and that care is maintained for in-patients.

Peter added to his responsibilities when he was elected to ACP Council in 2018. On June 24, 2021, he expanded his portfolio again when he was installed as Council president in a virtual ceremony. His term as president runs from July 1, 2021, to June 30, 2022.

“I’m incredibly honoured, incredibly overwhelmed with the support from colleagues, family, and friends,” he said. “I’m feeling very excited about the path forward. I’m super passionate about this profession and this is the pinnacle for me. I’m just floored that Council has given me this opportunity.”

Peter is excited to see ACP’s five-year strategic plan come to fruition between now and 2025. In particular, he feels the second goal to have a modern and relevant framework to regulate pharmacy practice is incredibly important. One of the elements of that goal is to redevelop the standards of practice to both allow for and regulate innovations in the delivery of care.

“As a practising pharmacist having worked in many different roles, the standards of practice became a little bit difficult to navigate,” said Peter. “The standards need to clearly guide pharmacists and pharmacy technicians in the way they provide safe and effective care to Albertans. As things have changed over the years, the standards have been modified on the go. The time has come for a refresh.”

Perhaps what Peter is looking forward to the most during his term as president is to re-engage with registrants in-person once it is safe to do so. It’s something he has missed during the last 16 months.

“COVID-19 has been an incredibly straining time,” said Peter. “It’s created a lot of isolation for many people, both patients and pharmacy teams. As helpful as online communication can be, it’s nowhere near the same as connecting with individuals face-to-face in a forum where ideas can be shared. We’d like to get some in-person ACP Connect sessions planned in the fall, looking at the work we’re undertaking as part of the strategic plan. Registrants need to know what we’re up to, and they need to have some input.”

Peter also plans to engage with stakeholders such as pharmacy associations, U of A faculty, government, and the public as the college moves ahead with the strategic plan to ensure partnerships remain solid and to stay in touch with how pharmacy services are perceived.