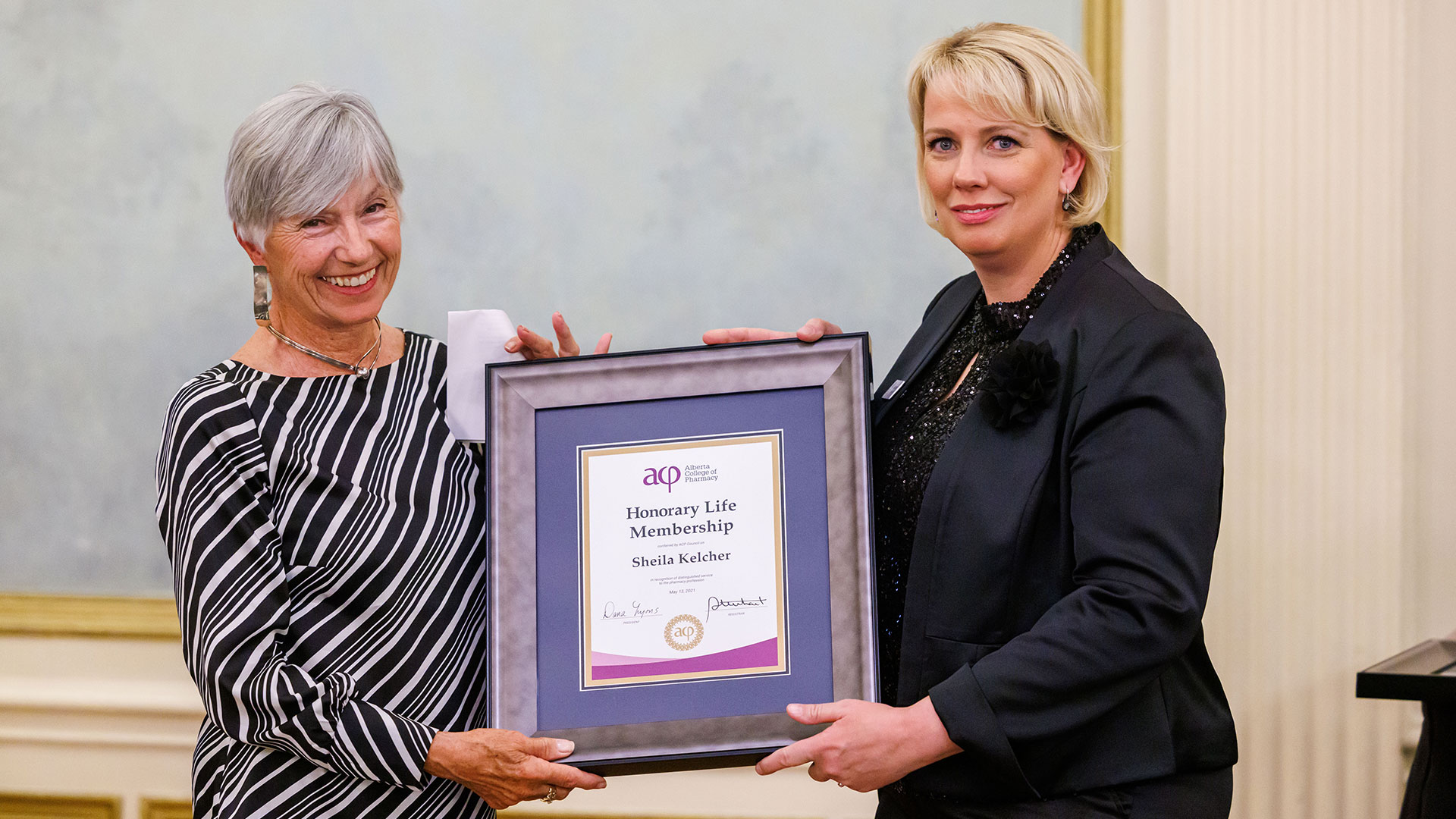 The former University of Alberta professor helped bring a patient care focus to the curriculum.

On June 8, 2022, the Alberta College of Pharmacy (ACP) held its first Celebration of Leadership event since 2019 in Calgary. At the event, retired pharmacists Rosemary Bacovsky and Sheila Kelcher were presented with Honorary Life Membership awards. These awards are presented to current or former regulated members who, in the opinion of Council, rendered distinguished service to the practice of pharmacists or pharmacy technicians.

Also honoured at the celebration were Joan Pitfield and Lynn Paulitsch, who were presented with Honorary Membership awards. These awards are presented to individuals who have never been regulated members and have, in the opinion of Council, rendered distinguished service to the practice of pharmacists or pharmacy technicians.

This week, we begin a series of feature stories on our honourees, beginning with Sheila Kelcher.

Sheila practised as a community pharmacist in Edmonton for 38 years and was a member of the academic staff at the University of Alberta’s Faculty of Pharmacy and Pharmaceutical Sciences for 26 years. She played a key role in shifting the curriculum at the faculty from being focused solely on medications to a patient-care focus.

Sheila also served on the Pharmacy Examining Board of Canada (PEBC) including a term as president. Part of her work included helping develop the Objective Structured Clinical Examination (OSCE), which objectively evaluates if pharmacy students have the necessary skills before beginning pharmacy practice.

After her retirement in 2008, Sheila established the Sheila Kelcher Scholarship with support from her friends, family, and colleagues to help support the next generation of pharmacists.

“I honestly was so surprised, and I had no idea ever that this would be an award coming my way,” said Sheila. “I got thinking about my pharmacy career, which was quite a long one and varied, and I realized I had many opportunities along the way to do some special things for the profession, so I guess that’s why it all worked out.”

To hear more from Sheila, please watch our video.