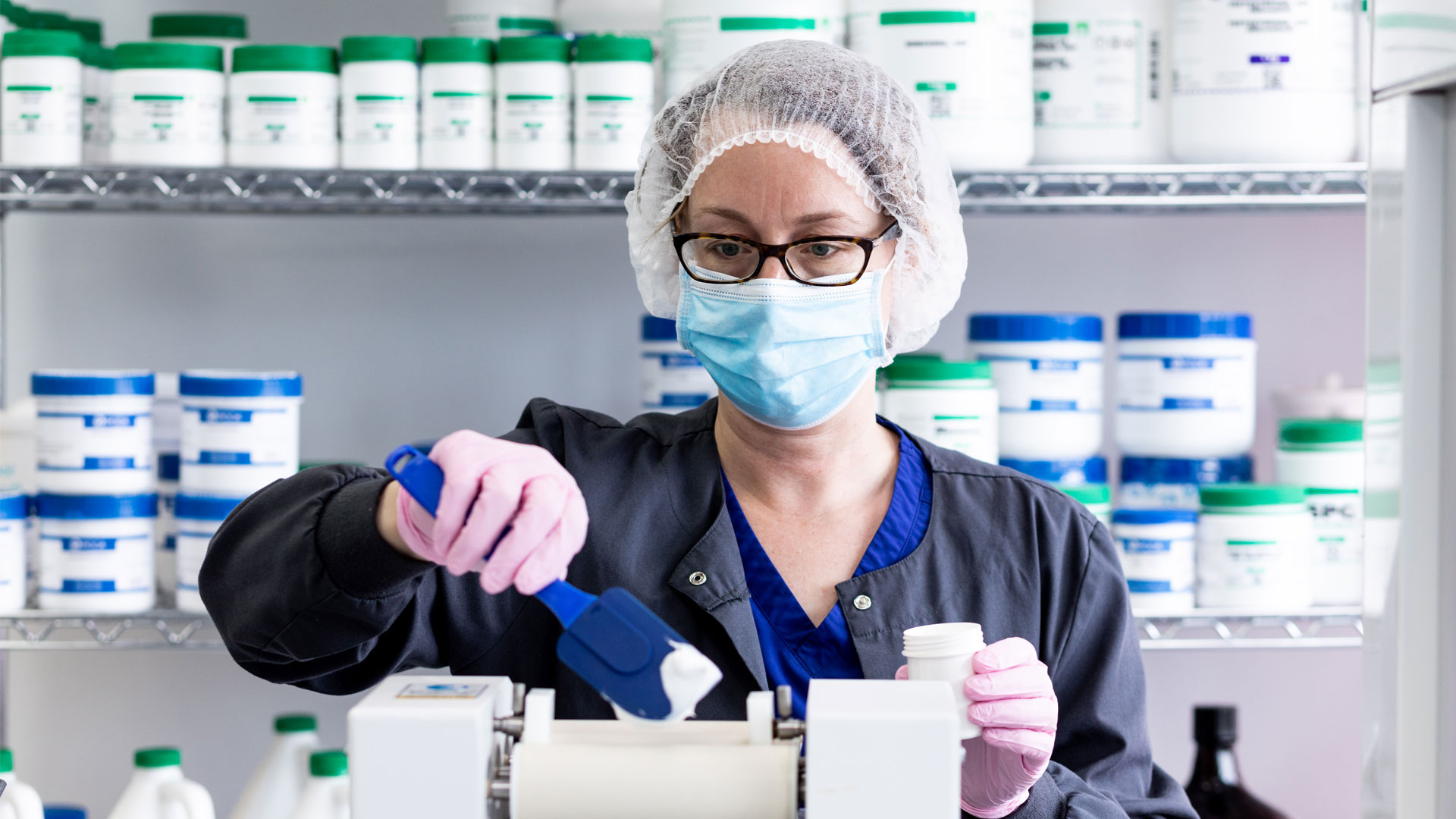 Providing guidance for quality and safety.

In March of 2018, the National Association of Pharmacy Regulatory Authorities (NAPRA) approved Model Standards for Pharmacy Compounding of Non-Sterile Preparations. The standards were developed to address a need for more oversight over the quality and safety of products being prepared in non-sterile environments, and to ensure consistency in standards across all Canadian jurisdictions.

According to NAPRA, the aim of the standards is “to provide pharmacists and pharmacy technicians who compound non-sterile preparations with the standards necessary to evaluate their practice, develop service-related procedures, and implement appropriate quality controls for both patients and compounding personnel, with a view to guaranteeing the overall quality and safety of non-sterile preparations.”

Working from the model standards and after consultation with regulated members, the Alberta College of Pharmacy (ACP) adapted and approved the non-sterile compounding standards and guidelines for pharmacy practice in Alberta.

ACP deputy registrar Jeff Whissell helped lead the development of the new standards and guidelines, and he believes they are essential to ensure both patient safety and the safety of personnel involved in compounding non-sterile preparations.

“The genesis was really recognizing that pharmacists needed a greater level of support,” explained Jeff. “They were asking questions, and the public’s expectations for drug safety are extremely high.”

The public is becoming more aware of quality and safety issues in pharmacy practice.

In March of 2016 in Ontario, a young boy died after his mother gave him his normal dose of medication for a sleeping disorder.

A coroner’s report found that instead of his usual tryptophan (compounded into liquid form), he was given a liquid compound that contained baclofen, mixed to the same concentration (three times the lethal dose for an adult). Ontario’s Office of the Chief Coroner concluded that a compounding pharmacy had made a mistake and substituted baclofen for tryptophan.

“As horrible a situation this has been for us as a family, the person that made the mistake that mixed my son’s medication also went through a horrible experience,” said the boy’s mother.

The first priority to achieve compliance with the standards is to assess the risks and gaps that exist for each non-sterile compound prepared in the pharmacy. Pharmacy team members must examine the types of preparations being compounded and determine the level of risk involved for the patients and team members performing the tasks.

How risk assessments are conducted is an important part of the ACP’s standards. If there is uncertainty about the level of risk for a specific compound (Level A, B, or C), the higher standard must be adhered to. Risk uncertainty can occur when evaluating the frequency or the quantity of the compounds being prepared.

Along with a quality assurance program, any changes in compounding, cleaning, and personnel training must be addressed for priority two.

Priority three involves facilities and equipment, including any renovations that may be necessary.

Effective immediately, the ACP non-sterile compounding standards apply to new pharmacies in Alberta. Existing pharmacies have time to comply via the phased implementation plan. All pharmacies performing non-sterile compounding must achieve the first two priorities mentioned above by January 1, 2020. The third priority must be met by July 1, 2020. ACP pharmacy practice consultants will be visiting pharmacies across Alberta to ensure compliance and provide support where needed.

“Colleges across Canada are putting rules in place based on the NAPRA model,” said Jeff. “These standards will ensure that Alberta is at the forefront of safe and effective compounding.”

For the complete standards, guidelines, and other supporting materials including Getting Started, Compounding Essentials, and FAQs, visit the non-sterile compounding page on the ACP website.