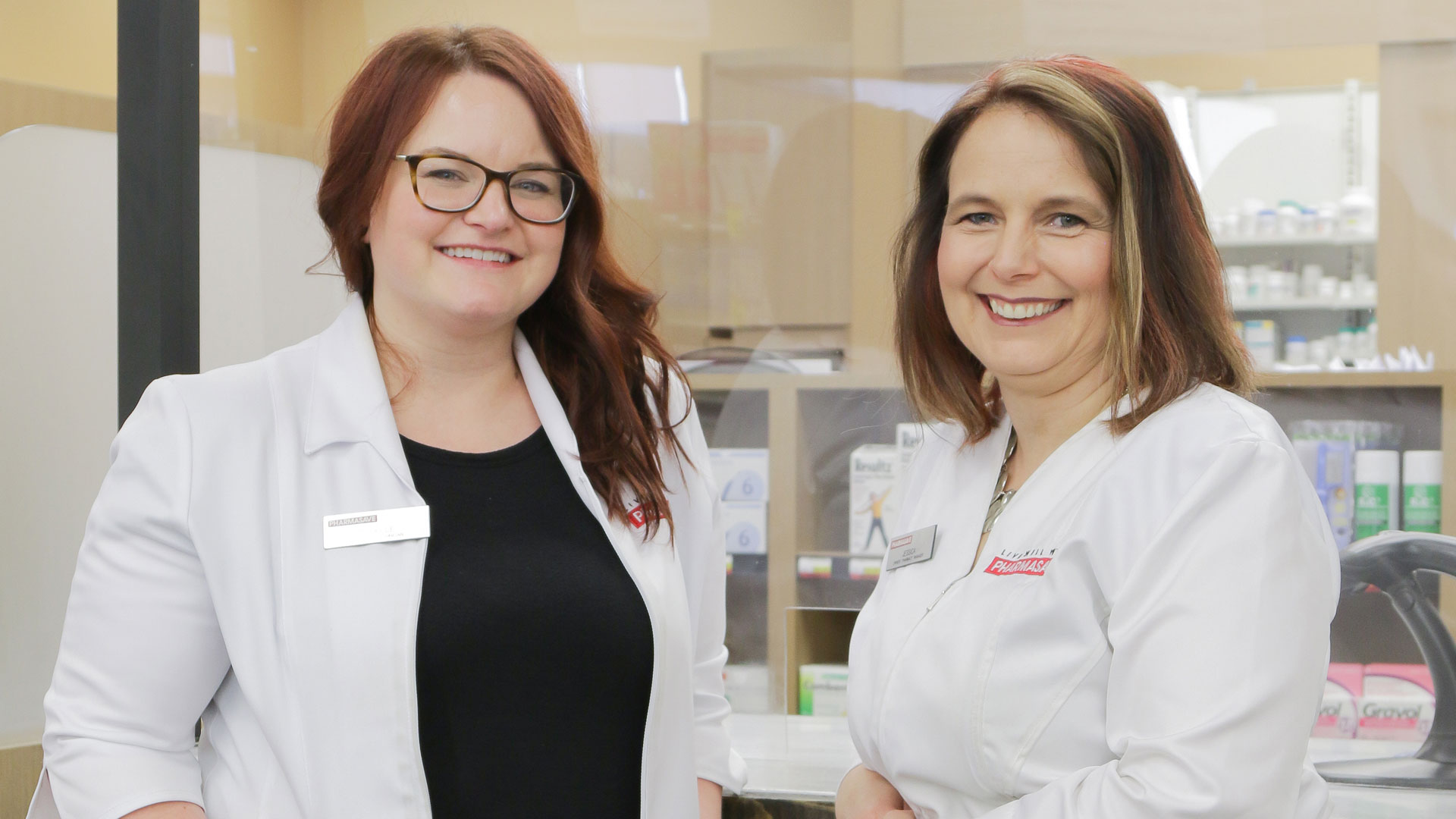 Licensees can ensure the best patient care when everyone practises to full scope.

Pharmasave Valleyview’s Jessica Hadfield is an example of a licensee who empowers and encourages the pharmacy technician on her team, Michelle Thompson, to reach her potential.

“I’ve talked to pharmacy technicians at other community pharmacies and they are frustrated because they’re not able to work to their full capabilities,” said Jessica. “They know that they can play a huge role in freeing up the pharmacist and keeping the workflow going smoothly in the background so the pharmacist can interact more one-on-one with patients.”

Jessica, who has been a licensee for more than 20 years, hired Michelle in 2016. They worked together to establish many responsibilities that had previously been completed by a pharmacist. These responsibilities—such as performing final checks for accuracy on prescriptions and blister packs—are what pharmacy technicians are trained and qualified to do and permitted to perform under legislation. That allows Jessica to focus more on the clinical aspects of her practice as a pharmacist.

“Now I can perform more medication reviews, assessments, and follow-ups a little more in-depth,” said Jessica. “Michelle takes the lead role so that everything flows in the background. Since we incorporated Michelle’s full potential in her role, the clinical services we provide have tripled compared to before we changed our workflow. That means pharmacists have more interactions with patients.”

Michelle has embraced being able to practise to her full scope, with the support of Jessica’s leadership as licensee.

“It’s awesome,” she said. “I love my job. Jessica encourages me to use my scope of practice as much as I can, as often as I can. It feels good to take the weight off the pharmacist’s shoulders.”

Jessica says it’s important for licensees to understand legislation and the standards of practice to be aware of what pharmacy technicians bring to the table. She adds licensees need to help their team members identify their strengths and limitations—and how to improve upon them—to build a successful team.

“You have to make sure you know what your team can do,” said Jessica. “We all have our limitations. It’s also important to involve everybody when you make decisions. When we changed our workflow to have a pharmacy technician perform technical checks on prescriptions, I found it’s better to involve your team when creating the new plan. I involved every team member. They all have their own perspectives. They know their roles very well. They helped identify any weaknesses or anything I may have missed in my overall plan. In doing that, you also make them responsible because they’ve helped develop it. It’s empowerment. This is our plan, it’s not just the licensee coming down and saying this is how we’re doing things. Having everybody on board and having everybody’s input is extremely important in having anything be successful.”

Being involved in decision-making has been embraced by the entire staff, says Michelle, who also appreciates Jessica’s leadership style.

“It causes less stress to have a leader who communicates clearly what they expect of you. You’re not wondering, you just know,” Michelle says. “She definitely lets you know how things should be done and gives me a clear indication of how I can delegate in the pharmacy so everything is efficient, and pharmacists can focus on patient care.”

Jessica has welcomed the evolution of pharmacy technicians becoming regulated health professionals and integrated into pharmacy practice. She has seen a lot of change in her time as a pharmacist—positive change.

“What Michelle can do now as a registered technician is basically what I graduated doing. Watching her do the things that were my role when I graduated is pretty cool to see,” said Jessica. “The roles within our pharmacy have changed, especially with what a pharmacy technician can do. As a licensee, you have to be willing to make changes. If you don’t, you’re going to miss out on some cool, new things—better ways of working in your environment to make it less stressful and more fun.”
￩ Previous ArticleNext Article ￫