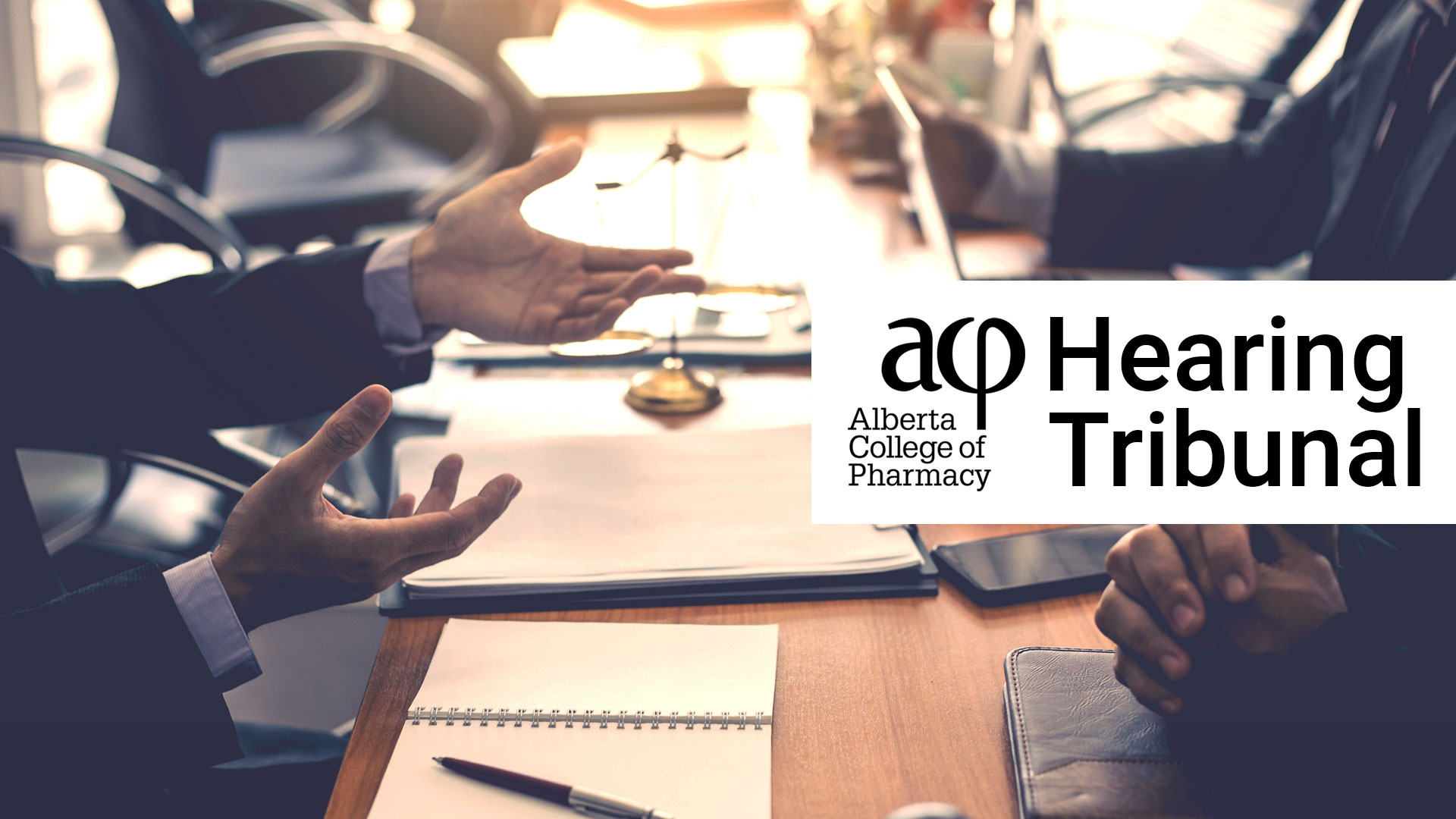 Lessons learned: Be thorough when working with third-party insurers and completing and maintaining pharmacy records.

A recent Hearing Tribunal issued its written decision on the merit and orders regarding the conduct of a pharmacist who was a pharmacy’s owner, proprietor, and licensee during the period of the alleged unprofessional conduct and misconduct. Central to the allegations were pharmacy record-keeping deficiencies, including concerns raised by a third-party insurer about missing supplier invoices.

The Tribunal also noted that the pharmacist was remorseful and accepted responsibility for her conduct, undertook to improve her pharmacy’s operations, had no previous findings of unprofessional conduct, fully cooperated with the investigation, and made full restitution to the third-party insurer ($83,897.73).

The Tribunal imposed significant penalties, even though the pharmacist admitted her responsibility for all the allegations and acknowledged that she failed to exercise the professional and ethical conduct expected and required of an Alberta pharmacist and licensee. The Tribunal ordered the following:

Rationale for the Tribunal’s decision is reflected in the following statements:

The regulatory framework that governs pharmacists makes it clear that record keeping is central to the role of both pharmacists and licensees.

Pharmacists are obligated to inform themselves of regulatory requirements.  The failure to comply with record keeping requirements is of great concern, since it has the potential to negatively impact public trust in pharmacists’ ability to provide services in a professional manner.

Licensees – incorporate these lessons into your practice: